„What happens when I die?“ he asked.
„You will finally fix that uncontrollable mess, you have in your head.“ he replied.

Torn The Game is an adventure puzzle game, which takes place in the mind of a dying man.

You are with him on his journey to discover the secrets of death and how to overcome his fears and insecurities.

My Roles in the Project:

The Game and Level Design was made by the whole group.
We were able to decide quit early how we want our areals to be separated.

In coordination with our writer we figured out, that we want to represent the three different topics we adress, also in the level design.
That’s why we choose to work with rooms we lead our player through.
That also made it easy for us to seperate the art and who builds in which part of the level.

We still wanted a strong narrative influence, but that also means, that wee need lots of content, story wise and asset wise. That’s why we had one person who was only for the writing part. For dialouges and cinematics. The initial idea was made by chris and me, that’s why we tried to explain the vision first.

This was the first time I produced pixel art and I used the tool PyxelEdit.
I iterated a lot in the beginning.
we decided on the view right away, which made it easier and hard at the same time.
I was also working and iterating on the palyer a lot, because we first wanted to use rotoscope for the player sprite, but it turned out quite fast, that it was not possible to rotoscope everything in our time frame. 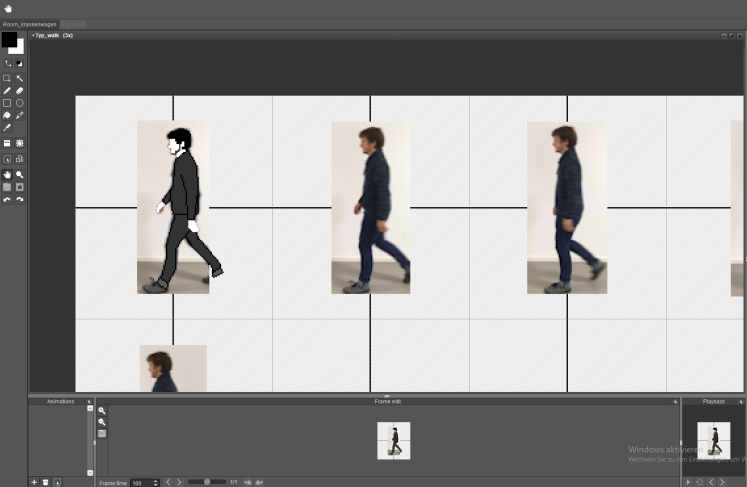 So we kept it super simple and developed a nice, clean but interesting pixel look in 32bit.

These are the final characters : 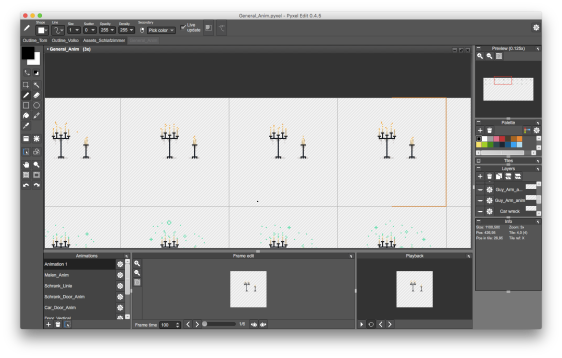 Different rooms I made:

Living room of the parents place.

The main characters bedroom, when he was a child and still living with his parents.

A hidden room in the wardrobe. 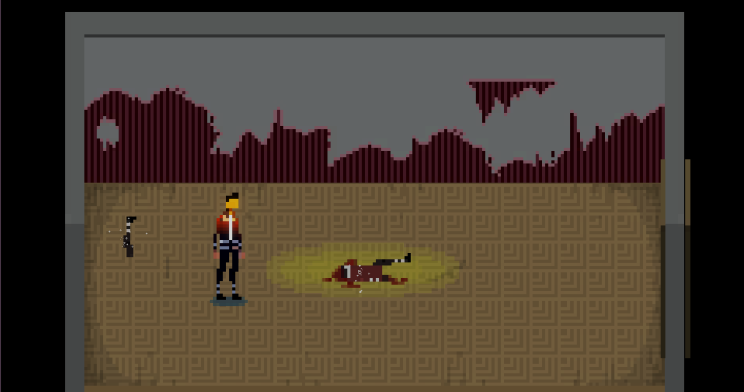 A projection of our main players actual body, he needs to put back together

We wanted to build every room twice, but we were not able to finish them in time. Now it was important to us, that the player get’s to know a mechanic in every room.

In this project we used Bitbucket and SourceTree. We had Branches for each committing team member. Also a develop branch and a master branch, we had a feature branch for our vertical slices and it turned out pretty good.

I really liked the concept of the project, that you get to know the mind of a dying character and see what he really valued in life. Unfortunately the story took too long to write for our storyteller and we were not able to implement a lot of it in the game before handing in.
The project is still important to me, because we created a character who is insecure, subliminal angry and confused. I would love to create a authentic character, players can identify with.
That’s why I see now, that the project was over scoped for a semester project. But it has become a high quality prototype and I have learned a lot in that project.